The Offshore Racing Congress has recently released their new Velocity Prediction Program or VPP and Rules Books for the year 2020. Both of them mention various improvements that have been determined by internal research as well as inputs that came from the users in the previous year. The VPP and the latest version of the software for the ORC Manager 2020 have already been distributed to all the 35 rating offices from where the certificates for ORC Club and ORC International are issued around the globe.

By the recent update, the offices will be allowed to begin issuing their new certificates for the year 2020 according to their suitable timelines and needs. The certificates must be issued some immediately. The very first regatta of 2020 to use the updated ratings is the Circuito Atlantico Sur by Rolex to be held in Uruguay and Argentina. This regatta will go on from January 12th to 18th this year. It will be followed by the Ft Lauderdale Key West Race that is going to start one week after the previous one in USA’s Florida. The Key West race will also be the first one of 2020 to use the recently released certificate for Double Handed ORC. This one has been developed especially for meeting the demands of an offshore racing trend growing each day.
END_OF_DOCUMENT_TOKEN_TO_BE_REPLACED

Leukemia Cup Regatta started in the year 1988 with only one event in North America. But within 2019, it has managed to organize 45 events throughout the continent. It is actually a series of events related to sailing that raises funds for those who are fighting with lymphoma, leukemia, and other kinds of blood cancers. It unites the joy of boating along with the important job of raising money for those who are in need of it. Since its beginning, the Leukemia Regatta Cup has been able to raise quite a few million dollars for giving different kinds of services to the patients and also to go on with the lifesaving research. They are trying to bring hope to the patients by helping them and their families. 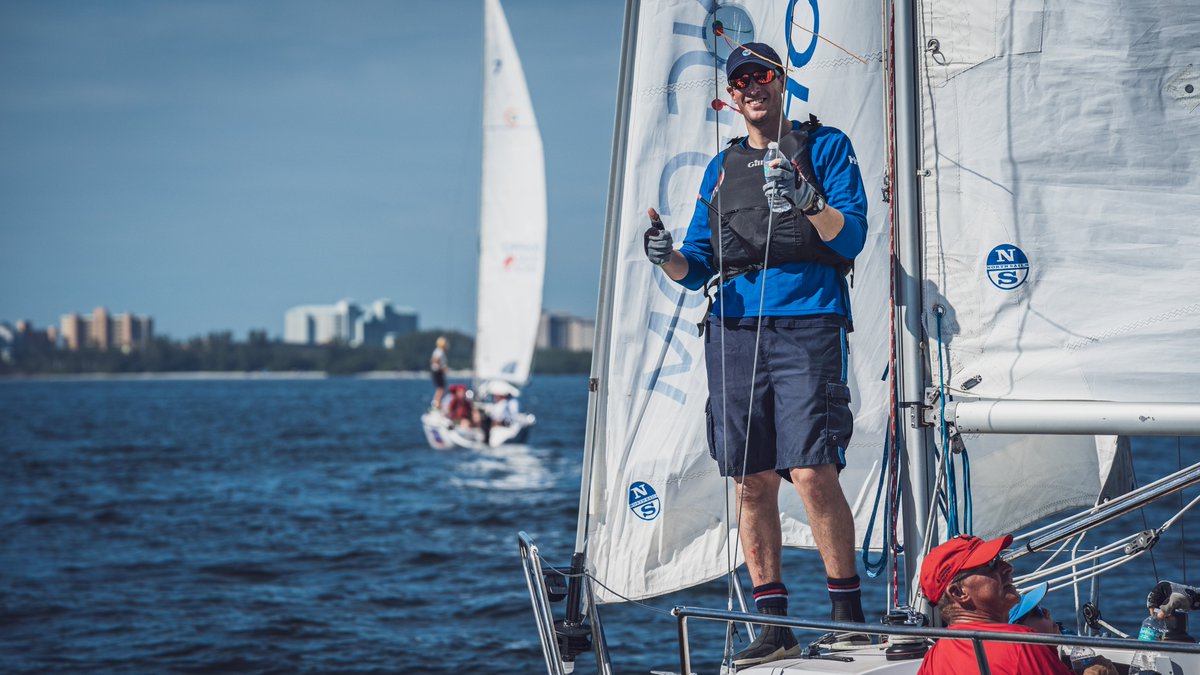 The participants for this fundraising Regatta Cup from across North America gathered for the Leukemia Regatta Cup Fantasy Sail 2019 at Fort Myers in Florida on December 6th and 7th. Presentations were shown about off and on water teamwork by renowned personalities from the field of sailing. END_OF_DOCUMENT_TOKEN_TO_BE_REPLACED

Stanford University has made a vow that they will change the athletic recruitment process following the case of the head sailing coach being charged with a huge federal case. In here, people made huge gifts to the programs of collegiate sports in return for admission to the college.

John Vandemoer, the esteemed sailing coach of Stanford used to lead the Navy in previous time along with the sailing team of St. Mary’s College of Maryland to national, as well as the regional championship. He had been sacked from Stanford in the early half of is a month as the government put charges on him.
END_OF_DOCUMENT_TOKEN_TO_BE_REPLACED 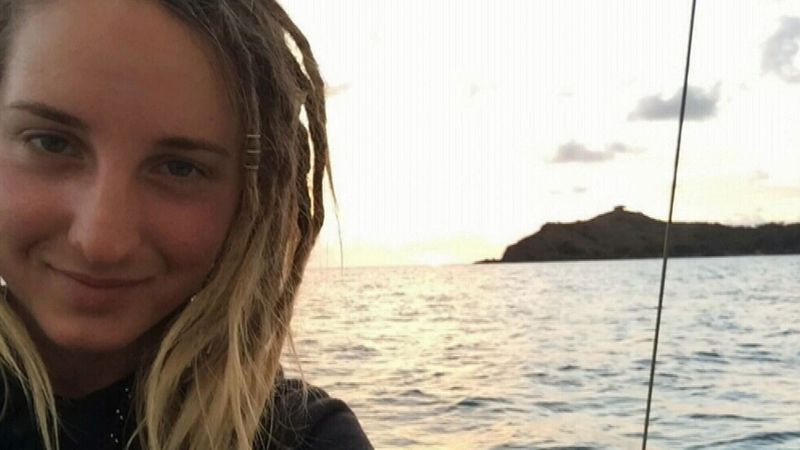 The agency has found his body near Wanda Beach it was about 6:00 am when his body was found following a search. The search operation was done by the NSW Water Police and NSW Ambulance helicopter. The man was brought to shore, but by the time he was dead. The yacht in which they were sailing was named C.C. Rider. It had been docked at Greenwell Point. If no one comes to take its ownership, then it will be listed in the sale. The woman who swans to the shore and survived has been admitted in the Sutherland Hospital and being monitored. The local police are inquiry the incident and looking at everything minutely.
END_OF_DOCUMENT_TOKEN_TO_BE_REPLACED

Due to Urduja, Cebu Coast Guard will be the halt for an immense of the vessels for sailing. The weather is the most unpredictable thing that one cannot judge about. This affect in several ways, also when it is some sports event. Recently, because of Tropical Storm Urduja the stationary movement, various larger passenger vessels from Cebu jumped onto Luzon and Mindanao by skipping their specific voyages which are scheduled on Friday. This is completely an understandable situation as far as sports are concerned because one cannot predict about weather condition. At the 5 a.m. in the morning, the Philippine Coast Guard located in Cebu collected thirty-nine grounded passenger vessels and it is not vessels but 9 cargos as well. 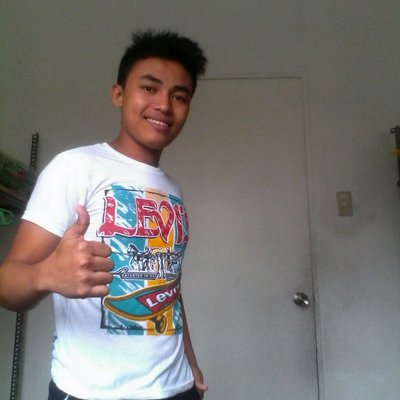 Because of unexpected Urduja, Jerome Cayabyab, Cebu Commander cleared the cloud of doubts by saying about the higher chances of cancellation of more trips in order to make landfall on Eastern Samar next day morning.
END_OF_DOCUMENT_TOKEN_TO_BE_REPLACED

Walpole Yacht Club (WYC) has been hosting learn to sail sessions in the month of December and January.

This is the first time that the club is holding this kind of program and it’s going to be the 12-hour Start Sailing 1 course was run. The program will provide beginners the basic skills of sailing and it include rigging, knot-tying, capsize recovery and safety.

To join the first weeklong program starting from mid-December, novices starting from the six years of age through to adulthood are coming from the places like Denmark, Kent River, Nornalup and Manjimup.
END_OF_DOCUMENT_TOKEN_TO_BE_REPLACED 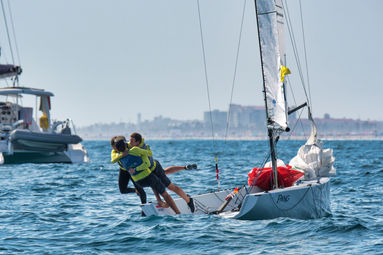 Anyon led early, but Whitfield found some breeze on the second upwind leg to surge ahead. Despite the loss, Anyon still stands second among all on 13-2. END_OF_DOCUMENT_TOKEN_TO_BE_REPLACED

John Levinson, skippering the Jambi, should be on cloud nine as he crossed the finish line first to take the line honors in the 40th anniversary Marion Bermuda Race. Jambi is a new Hinckley Bermuda 50.

The successful attempt made by the crew members of the Jambi won them the “Beer and Champagne and a Line Honors” banner. It was awarded to them by the executive director of the race Alan McLane and the compliance chairman Willy Forbes.

Jambi completed the race with an elapsed time of four days, 23 hours, 36 minutes and 11 seconds. She started the journey on June 9th at 1:55pm. Levinson said that he was part of the trip six to seven times before and he knew what to expect. He was also happy to be in a side that had good Bermuda race experience. All this helped the team take the line honors. This was the first time that the new Bermuda 50 left the US. END_OF_DOCUMENT_TOKEN_TO_BE_REPLACED

The sailing team of US is on an operation to be an Olympic Powerhouse.

However, to develop skilled sailors is indeed a time consuming mission. The program indeed took a strong step forward in 2016 games. The progress mainly lies in motivating and nurturing youth sailors and ensuring sustainment of the existing team members in terms of their commitment. As the new Olympic cycle of the Tokyo 2020 Games start, it is important to figure out how the team is preparing to take part in the race.

The strongest team is the Men’s 470 and Dave Hughes and Stu McNay are class veterans. They were the new team for 2016 and succeeded in achieving medals by finishing 4th. The team is all geared up to take part again and it would be the 4th game for Stu and 2nd for Dave. Finn has been yet another team that is known for being the strongest. It is one person heavy weight game and Caleb Paine was the champion of the Rio Games. END_OF_DOCUMENT_TOKEN_TO_BE_REPLACED

Red Bull Youth America’s Cup started in 2013 by the two Olympic legends from Austria with the objective of identifying sailing talents and to provide a pathway to a sailing career in America’s Cup.

The 2017 race will use the AC45 foiling catamarans for the first time in the history of the Cup. Steinacher said that the teams are picking younger sailors as the new boats are suitable for younger people who can handle the high speed with confidence.

Apart from the six teams affiliated with the full America’s cup team, another six teams have been identified by Roman Hagara and Hans-Peter Steinacher to compete in the race. The selection was completed after extensive trials of 20 teams registered for the process. Now the number of fleets to compete in Bermuda in June 2017 has reached 12 teams. END_OF_DOCUMENT_TOKEN_TO_BE_REPLACED